More Equitable Democracy is racial justice organization led by people of color. Our mission is to advance racial equity by transforming electoral systems.

We launched in January 2018 and serve as a nonprofit intermediary that works with communities of color to advance electoral system reforms that increase representation for underrepresented communities.

We work as co-creators  to establish stronger bonds of democracy while empowering communities with education, research, and the tools to strategically implement long-term change. 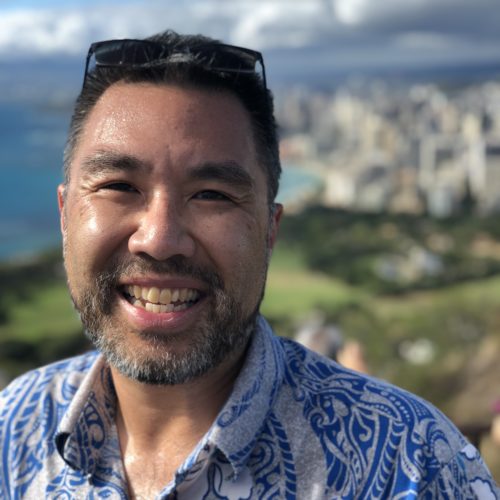 George is the Director of More Equitable Democracy. Prior to this, he served as Program Director for the Joyce Foundation’s Democracy Program and Co-Chair of the Funders’ Committee for Civic Participation. Cheung was also executive director of the Win/Win Network, an affiliate of State Voices, and founder/executive director of Equal Rights Washington, a statewide LGBTQ advocacy organization. He holds a Masters in Public Policy from Harvard Kennedy School and a Bachelor’s degree in Political Science from Brown University. 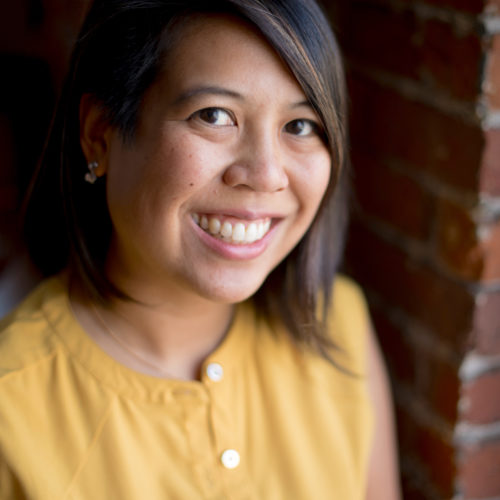 Heather Villanueva has over 10 years of experience in multi-ethnic coalition building and community organizing. She began her career at the Minority Executive Directors Coalition as the Business Manager. She was then hired at SEIU 775 as an organizer where she gained a breadth of experience in grassroots and grasstops coalition building, legislative advocacy, civic engagement, organizational development, and language access work. Among her accomplishments are establishing the four-time award-winning Racial Equity Team and serving on several boards and commissions including the King County Civil Rights Commission, Ingersoll Gender Center, The City of Seattle Immigrant Voting Task force, and the International Examiner. 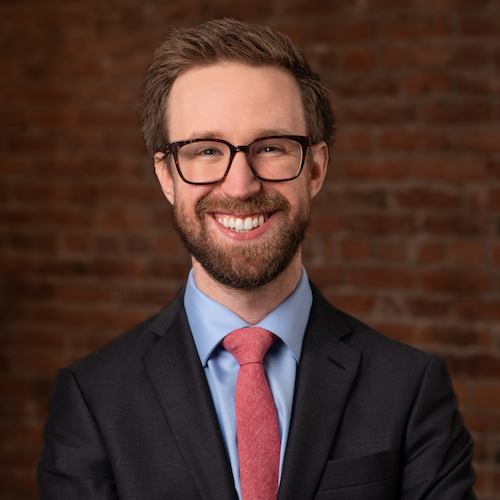 Colin is the Policy Director of More Equitable Democracy. His responsibilities include co-developing and advising on the creation of reform proposals, helping build coalitions led by traditionally underrepresented communities, and developing and maintaining relationships with strategic partners. Colin is also a co-founder of FairVote Washington, a Washington State organization dedicated to advancing proportional representation, and previously worked in political fundraising for Senator Maria Cantwell, in grassroots lobbying on progressive tax reform for All In for Washington, in candidate campaigns for the Washington State Democrats and the Bernie 2016 Presidential Campaign, and in issue-advocacy for the Washington Alliance for Gun Responsibility. He holds an Executive Masters of Public Administration from the Evans School of Public Policy & Governance and a Bachelors of Arts from the University of Washington in Law, Societies, & Justice, and Psychology. 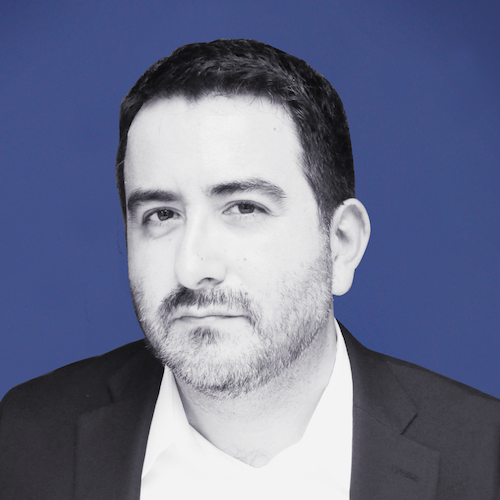 Rey López-Calderón is a strategic advisor for More Equitable Democracy. He has a wealth of experience in organizational development, fundraising, and organizing that he uses to improve the lives of the communities he serves. His activism has taken him from the role of volunteer youth organizer at the United Farm Workers in Orange County to the founding of several community organizations in the Chicago area, and to various leadership roles at the government watchdog organization, Common Cause, including executive director of California Common Cause and vice-president for development for the DC office where he expanded Common Cause’s national fundraising operations. He studied philosophy at the University of Chicago and holds a Juris Doctor from DePaul College of Law. When he is not working, he enjoys spending time with his husband and three toy fox terriers in the San Diego/Tijuana region. 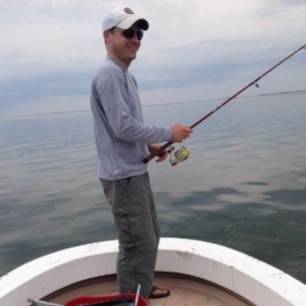 Bill has more than ten years of experience in data analytics, GIS, modeling, and data visualization serving electoral campaigns and progressive organizations. He has a degree in statistics and political science at the University of South Carolina. Bill first cut his teeth in politics during the 2007/2008 campaign while working as data manager for both Hillary Clinton and Barack Obama’ s campaigns in South Carolina and Washington state, respectively. After the 2008 election, he has worked on more than seventy-five electoral campaigns and consulted with over fifty non-profit organizations and labor unions in the Pacific Northwest with an emphasis on serving underrepresented communities. He currently works in salmon habitat restoration on behalf of the Sauk-Suiattle and Swinomish Indian Tribal communities on the Skagit River in Washington state. In his spare time, he enjoys golf, fly fishing, skiing, chess, and watching the Mariners. 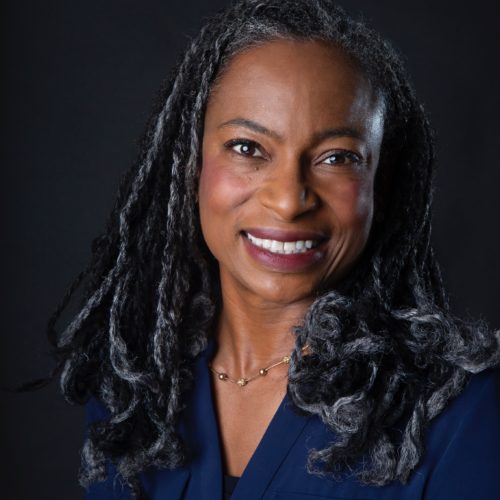 Dr. Adrienne Jones is an Assistant Professor of Political Science and Director of the Pre-Law Program at Morehouse College in Atlanta, Ga. Dr. Jones holds a Ph.D. in Political Science from the City University of New York Graduate Center, and a J.D. from the University of California, Berkeley. Her research focuses on the history and politics of black Americans and on public policy issues related to the black experience. Her doctoral dissertation, The Voting Rights Act Under Siege: The Development of the Influence of Colorblind Conservatism on the Federal Government and the Voting Rights Act of 1965, is currently being excerpted for journal publication. Her first article, When Yes Means No: GOP Congressional Strategy and the Reauthorization of the VRA in 2006, is published in the July 2018 edition of The Forum. Her second article, about the U.S. presidential, “counter-enforcement,” of the VRA has been accepted for publication by the Political Science Quarterly, and she is currently at work on an article about the relationship between Congress and the Supreme Court focused on the development of VRA jurisprudence between 1965 and 2013. Dr. Jones is a 2019-2020 Andrew Young Center for Global Politics and Leadership fellow, and an expert witness on issues of voter suppression and U.S. voting history. Jones’ expertise provides a unique perspective to discussions about the VRA, voter suppression, black politics, history, and public policy. 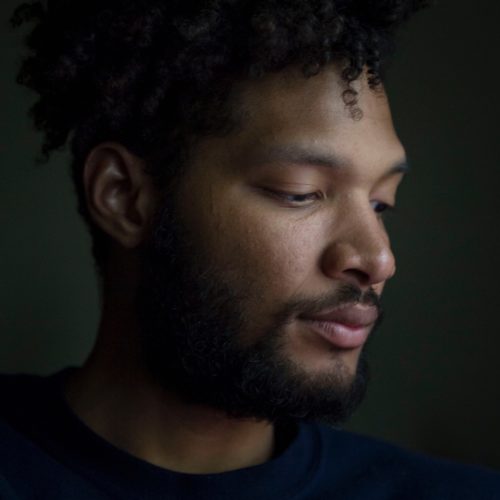 An organizer, conservationist, bikewrench, and occasional barista committed to work that furthers self-determination, environmental reparation, and access to abundance in communities of color. Cornelius lives in, works out of, and loves Saginaw, Michigan – but don’t get him started about the city charter. Feel free to call him Neil. 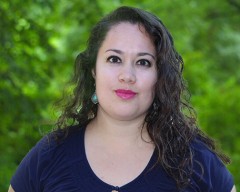 Adriana is Vice President of Program Strategy and Partnerships at re:power. She has over 15 years’ experience in community organizing, training, and providing technical support to groups on the ground working on electoral efforts and in the democracy field. Adriana has focused on providing technical assistance to the frontline groups engaged in fighting for judicial independence, those groups working to expand democracy and protect voting rights. She has also played a key role in designing and delivering key partnership-based training and technical assistance programs for leading civic engagement organizations and coalitions. Adriana was born in Jalisco, Mexico and grew up on the South Side of Chicago. She began organizing while a student at the University of Wisconsin-Madison and has her J.D. from DePaul University College of Law. When she is not on the road, she loves to grill carne asada and spend quality time with her fashionable and photogenic dog Pikete. 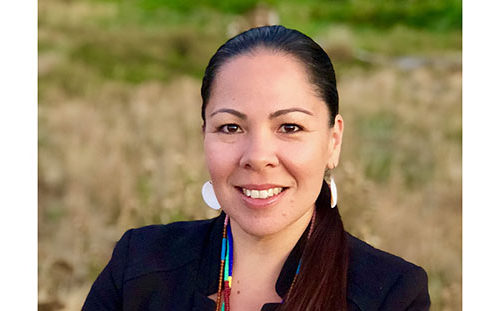 Se-ah-dom is a published author, engaged scholar and program designer with over 12 years of experience in creating, implementing and evaluating over $2.6 million dollars in program activities related to tribes and empowering underrepresented groups in the fields of education, medicine, science and public policy.

Since 2016, she has served as the Sovereignty Program Director at the Western States Center. Prior to that, she worked for nine years at Lewis and Clark College as the Coordinator for the Indigenous Ways of Knowing Program. She also worked as the Diversity Achievement Coordinator in the Office of the Dean at the OHSU School of Medicine, as well as at OMSI’s Salmon Camp and the International Research Institute for Maori and Indigenous Education in New Zealand.

Her volunteer leadership positions have included President of the Oregon Indian Education Association; Portland Human Rights Commissioner; and Board Member at Columbia Riverkeeper. She was recently appointed to Oregon’s Joint Task Force on Addressing Racial Disparities in Home Ownership.

Se-ah-dom’s ancestors are from Celilo, a fishing village along the Columbia River and one of the oldest known settlements in the West. She lives in Portland with her husband, James, and their children, Siale, Imasees and Miyosiwin. 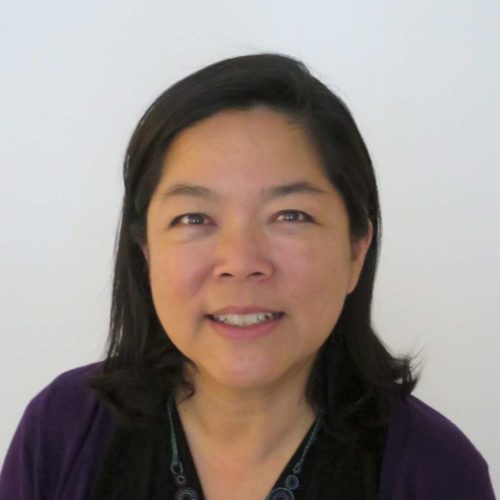 Before joining Common Cause in 2005, she headed the Voting Rights and Anti-Discrimination Unit at the Asian Pacific American Legal Center. She helped the center secure key voting rights, anti-hate crime, language rights and consumer rights laws while also working on high profile hate crimes cases, civil liberties advocacy, and election monitoring and polling. Her advocacy led to creation of the Los Angeles County Office of Independent Review, which provides citizen oversight over the Los Angeles Sheriff’s Department on issues ranging from discrimination to use of force. She serves, or has served, on numerous boards including the California Secretary of State’s Advisory Committee on Voter Participation and Outreach, the LA County Human Relations Commission, and the Asian Pacific Policy and Planning Council. She is a graduate of Cornell University, and holds a law degree from UCLA School of Law. 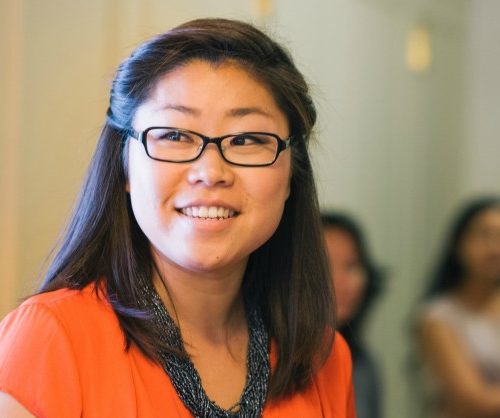 Jennifer Pae is Vice President of Trainings & Leadership Development at re:power. Born in the Bay Area and raised in California’s Central Valley, Jennifer’s values are shaped by her mother, an immigrant and single parent. As a first-generation college student, she led campaigns to improve campus safety policies for women, access to higher education, and served as UC San Diego’s first Asian American woman student body president. Jennifer has served as a nonprofit leader at the national, state, and local level, including the US Student Association, PowerPAC, 18MillionRising.org, League of Women Voters of California, Mobilize the Immigrant Vote, East Bay Asian Voter Education Consortium, and FairVote on issues of capacity building, issue campaigns, civic engagement, and electoral reform. In 2010, she ran for Oakland City Council with the help of over 200 dedicated volunteer canvassers and phone bankers to make nearly 27,000 contacts. Although she didn’t secure the seat, the campaign made a significant impact in the community by engaging new and infrequent voters. Jennifer has also facilitated trainings with APIAVote, Ballot Initiative Strategy Center, and New American Leaders.

“At its core, though each election is a runoff where two people survived for a second round, Georgia highlights the absurdity of winner-take-all elections — especially when so many Americans are already frustrated by limited choices.” – Howie Fain