Strengthening Advocacy and Organizing in Communities of Color

We support communities of color to advocate for transformative systems changes in order to achieve a more racially just democracy. 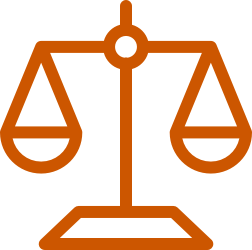 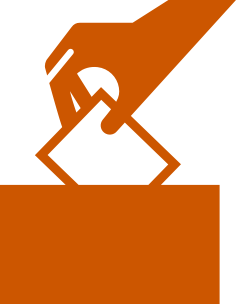 We tell powerful stories about the struggle for racial justice and how proportional representation can create a more equitable democracy.

Winner-Take-All elections are bad for our communities.

From school board to Congress, too many elected officials don’t look like or share the values of the communities they represent. This disconnect has nothing to do with people and everything to do with winner-take-all elections.

Most elections in the US are winner-take-all, whether we’re choosing just one winner at a time, or multiple winners in a single contest.

Either way, the winners take all the representation, leaving others, even with as much as 49% of the vote share, with none.

This creates a fictional divide, leads to a two-party system that minimizes racial and economic issues, and wastes the votes of millions of people.

The arc of racial justice bends towards the right to vote and representation.

The arc of racial justice in the U.S. has generally bent towards expanding the right to vote. Unfortunately, effective and meaningful representation never kept up.

A snapshot of voting rights  in the United States.

The right to vote must be as real in practice as it is on paper. Many hard-fought and hard-won advances have too often been countered by violent opposition, and deliberate schemes to deny the franchise to people of color, which continue right up to the present day. We must be vigilant in defending these past gains.

But even a full and unencumbered right to cast a vote doesn’t result in meaningful representation for all if it’s cast under an unfair voting system.

What comes next? We need voting rights and representation for all.

Proportional representation can transform our democracy by creating a government, and possibly new political parties, that accurately reflects all of our communities, values, and issues.

Using winner-take-all systems to elect our legislative bodies leaves too many of us unrepresented and unheard. Proportional representation means a government that accurately reflects the range of communities, ideas, and concerns in the United States.

The principle of proportionality holds that the number of seats won should be based on the number of votes won. Guided by that principle, we can connect voting rights with representation and truly transform our communities.

“At its core, though each election is a runoff where two people survived for a second round, Georgia highlights the absurdity of winner-take-all elections — especially when so many Americans are already frustrated by limited choices.” – Howie Fain